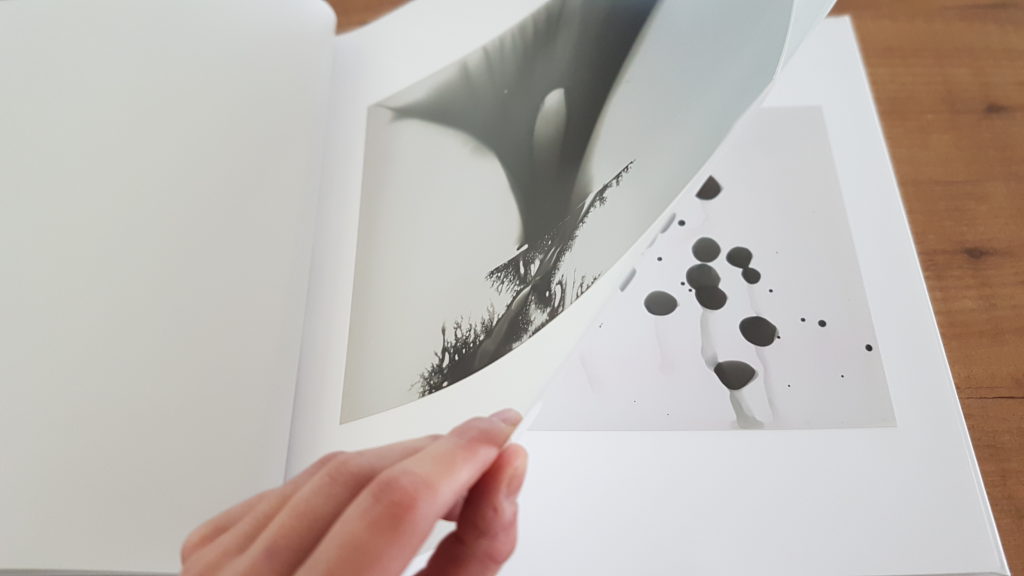 Photo book in which the photos are not saved, but disappear slowly while someone looks at the pages. This way, Iris Janssen tries to let someone taste the here and know in this age of speed and distractions. The work can be seen as a tribute to the photo album, but while photo albums are meant to keep photos, in Shadowgrams they disappear instead.

The work is never finished, because what remains after the disappearing is the memory.

Shadowgrams consists of analog photographic images and contains no photographic representations, only originals. The pictures were taken with developer liquid and without a camera. They are not fixed, so that the images disappear with time. By taking pictures without a camera Iris Janssen can get closer to the essence of the medium without a (digital) reader in between.